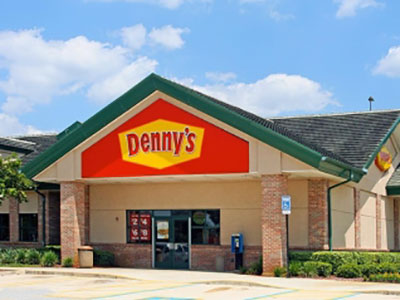 ROUND ROCK TX: Although, this weekend a Denny’s waitress was allegedly assaulted by two Muslim men for serving pork during Ramadan.

The woman, an 18 year old that had just graduated high school, was working at a local Denny’s restaurant when she was reportedly insulted by two passers-by on Wednesday.

The men are said to have started to abuse her when they saw she was serving bacon to customers, The Times reported.

She said one of the men screamed she was a “whore” and slapped her across the face, leaving her with a black eye after she was knocked to the ground.

Police said they had identified the men using CCTV but had yet to locate them.

The waitress, who did not give her name for fear of reprisals, said: “One of them said to me ‘You should be ashamed of yourself for serving pork during Ramadan  if I was God I would hang you’”.

She replied: “You’re not God and you cannot judge me.”

The woman added she felt “degraded, humiliated and sullied” following the incident.

She said: “I didn’t think that in America, the country of liberty, you could be attacked for that.”

The police have not yet released the CCTV footage, but if you have any information about the assault, you are urged to call local police.