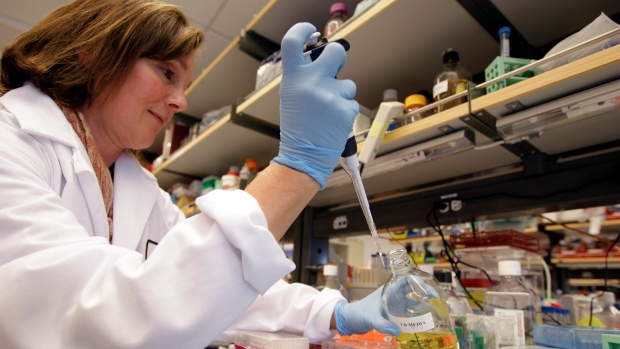 Hyperbole is the current that runs through much of the public discourse on scientific research. Though research results almost always involve uncertainty, scientific studies are often presented (in the media and elsewhere) as conclusive — especially when they’re “promising.”

This pattern was amusingly captured this week by John Oliver on a segment of his show Last Week Tonight. Oliver listed off examples of the most egregious headlines of late: A new study shows “pizza is the most addictive food in America,” “hugging your dog is bad for your dog,” “drinking a glass of red wine is just as good as spending an hour at the gym.”

Who’s to blame for all this exaggeration? Oliver pointed his finger at the media, singling out the Today show in particular.

But according to the International Society for Stem Cell Research, scientists also need to start taking more responsibility for overhyped claims about their work. Today, for the first time, the group issued guidelines urging researchers to communicate their findings to the public in a more balanced way.

These guidelines place the onus squarely on researchers to prevent hype at the source — a recognition that exaggeration can mislead people and even be dangerous.

First, the guidelines urge scientists to avoid boasting about findings that haven’t passed through peer review, and to refrain from “forward-looking statements on inherently uncertain developments, such as predictions on time required until clinical application.”

In other words: Wait until a new idea has sufficient evidence to back it up before promising it might save lives outside of the lab. This advice is supported by recent studies on medical science, which have shown that the use of overhyped language — words like “unprecedented,” “amazing,” “groundbreaking,” and “promising”— is on the rise in journals: