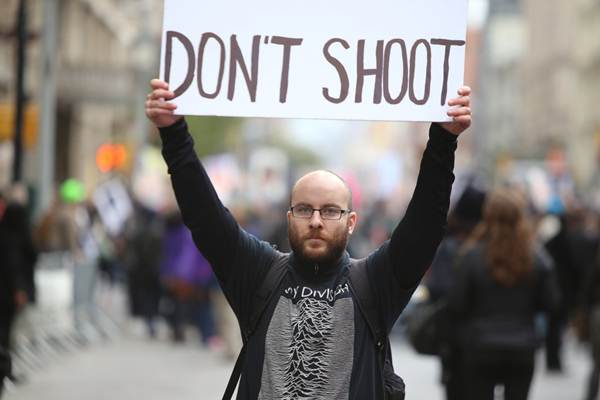 An anonymous (yet to be identified) Black Lives Matter activist has been generating controversy lately by harassing white people in the parking lot of his local Wal-Mart, as well as many other antics towards innocent citizens.

A clip in which the perpetrator is seen carelessly knocking products off a grocery store shelf. “Do y’all hate when I do this?”.

He posts the short video clips of himself in the act on various social media outlets like Instagram and Vine. In the clips he verbally harasses (overwhelmingly) white bystanders, throws cups of soda at people, pretends to shoot a guns at people, and even targets fast food drive-thru workers.

On one of his videos he claims:

“dis a small payback 4 everything white folk done 2 us thru history. keep on cryin bruh, i thrive on ur white tears”

Confusingly, he also targets black people, even after claiming the reason for the harassment is to get back at “white folk”.

We contacted Fort Bend County Police to see if any charges matched the description. They said they have received many calls, and know the perpetrators name, but are not looking to file any charges against him.

What do you think? Is this simple teenage foolery, or should this be handled more seriously? Let us know in the comments below.